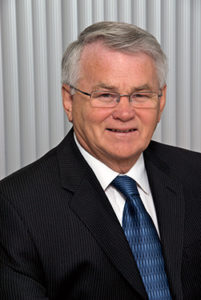 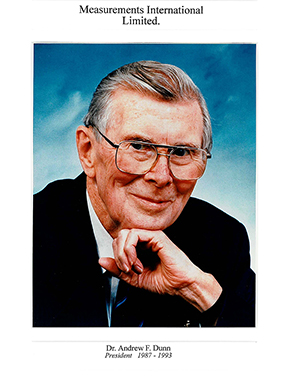 In 1987, Duane Brown and Dr. Andrew Dunn (Former Group Leader of the Electrical Standards Group of NRCC) founded Measurements International Ltd. to fill the industry requirement for Automated Resistance Metrology Equipment. At that time, there was a need in the industry to move towards automation from strictly manual use. Duane and Dr. Dunn saw this need in the field of electrical metrology.

Duane Brown has been involved in metrology since 1972, when he started his career in the metrology field at another metrology company, where he worked for 14 years. Dr. Dunn had just retired from NRCC and wanted to continue his working career.

Since 1987, Measurements International (MI herein) has grown into the premier industry supplier of equipment in the field of Resistance, Voltage, and Temperature Metrology, as well as in the field of transformer measurement. With industry niche in the market of having the most accurate equipment in the world, MI has released the world’s most accurate commercial Resistance Bridge, Resistors, Voltage Divider, Temperature Bridge, and ALMS Loss Measurement System to measure loss in large scale transformers.

Through technological partnerships with some of the world’s leading institutes (NRCC, NIST, METAS, INRIM, and many others), MI has partnered to bring only the very best in measurement equipment to the market.

Some of the most advanced partnerships have led to MI’s products being used in some of the biggest scientific discoveries in the last 20 years. MI products have been used in the large Hadron Collider Experiment (The Big Bang), the Watt Balance (Kibble Balance) work performed by NRCC, and the move towards graphene as an intrinsic standard.

In fact, you will find MI’s products throughout the world within companies and institutes such as all major National Metrology Institutes (NRCC, NIST, PTB, METAS, NIM, NMIJ, and others), US Military primary level laboratories, NASA, Lockheed Martin, Sandia and Oakridge National Laboratories, Siemens, ABB, and all other transformer manufacturers.

Since its early beginnings, MI has become one of the industry’s most active developers in metrology equipment for the field of resistance, voltage and temperature. While over the last twenty years, MI has made its mark in the AC Power and Transformer Measurement industry. “Customers of the highest level of measurement come to MI to satisfy their metrology needs. We are grateful for this and are happy to be able to provide leading-edge solutions to fulfill those needs,” said Mr. Ryan Brown, Vice President of Measurements International.